David R. Grady, CPA, MPA, is the Assistant Township Manager for Nether Providence Township and oversees the daily operations of the township administration, the public works department, and the police department. He has a B.S. in Accounting and a Master of Public Administration from Villanova University. He is an Adjunct Professor in Villanova University’s Masters in Public Administration Program where he teaches Public Financial Management. He also worked in the Financial Services Office of Ernst & Young in Philadelphia. He currently volunteers his time as Accountant for the Starfish Foundation, which provides scholarships, tutoring, and mentoring to at-risk youth in Latin America. He has been working with the Starfish Foundation since 2012 in various roles including Treasurer and Interim-President. He is also the Treasurer of the Delaware County Consortium of Governments.

Colin Johnstone is a retired Professor of Veterinary Medicine at the University of Pennsylvania. He received his undergraduate degree in veterinary medicine from the University of Glasgow in 1967. After a year in private veterinary practice, he accepted a position as associate at the University of Pennsylvania School of Veterinary Medicine. In 1976, he received a PhD in Parasitology from the same institution and joined the faculty. From 1982 until his retirement in 2002, he worked at New Bolton Center in Kennett Square. His academic specialty was parasitic diseases of domestic animals. Dr. Johnstone moved with his partner of 46 years, John Fong, to Brookline Massachusetts in 2002. In Massachusetts, he was an active member of the Episcopal Church in various capacities. Since 2008 he was the coordinator of the diocesan mission ministry to the Anglican Diocese of Tanga and has participated in or led 13 diocesan mission trips to Tanzania, most recently February 2017. He and his partner currently reside near Kennett Square. His interests are travel, reading, gardening and politics.

George C. McFarland, Jr. is President of The Pennsylvania Trust Company in Radnor, Pennsylvania where he serves as a portfolio manager and chair of the company’s investment committee. He has been at Pennsylvania Trust since April 1998. Prior to that, he had been a practicing attorney dating from his graduation from Duke Law School in 1984. He went to college at Princeton University, and before that graduated from The Haverford School. Mr. McFarland is currently President of the Bryn Mawr Presbyterian Church Foundation, and also a member of the church’s Board of Trustees. He is chair of the St. Andrews Society of Philadelphia’s scholarship committee and a member of its foundation board. He is a past Chairman of the Bryn Mawr Hospital Foundation Board, and a former Vice President of The Timothy School (a local school for children with autism). mcfarland@penntrust.com

Harry Carl Schaub is Consul General a.D. of Austria in Philadelphia. He was a partner for 37 years with the Philadelphia law firm Montgomery, McCracken, Walker & Rhoads, LLP, where he now serves Of Counsel. During his long legal career, he has represented foreign investors for business and immigration purposes; non-profit organizations, both educational and charitable; investment companies and other issuers of securities under federal and state securities acts; and ski and other leisure resorts. Mr. Schaub has a B.A. from the University of Pennsylvania, College of Arts and Sciences, Phi Beta Kappa and Pi Gamma honor societies, and a Juris Doctor from Yale Law School. His publications include: “General Lahousen and the Abwehr Resistance” in 19 International Journal of Intelligence and Counter-Intelligence 538-558 (Fall 2006). hschaub@mmwr.com

Christina Stahl is a grandniece of Dietrich W. Botstiber. She joined the Board of Advisors of the Dietrich W. Botstiber Foundation in August 2008. Born in Vienna, Austria, she earned a doctoral degree in Social and Economic Sciences at the Vienna University of Economics and Business Administration.

Mary V.Z. Wachterhauser owns and manages her own law firm and has been practicing in the area of family law for 20 years. She has served in the past as an elected member and vice president of the Board of School Directors for Haverford Township and is past president of the Delaware County Bar Association. Along with the Botstiber Foundation, she currently sits on the boards of: The Timothy School (serving as Vice President), Delaware County Domestic Abuse Project, The Middleton Center for Pastoral Counseling and the Delaware County Bar Association. She lived in Cologne Germany for a year and has spent several summers in Germany. mvzw@comcast.net 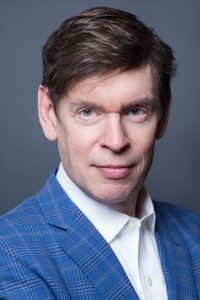 Terrance A. Kline has served as Administrator of the Foundation since 2002. He is also a practicing attorney and a frequent speaker and writer on professional topics. Mr. Kline is co-editor of Estate Planning in Pennsylvania, published by the Pennsylvania Bar Institute. He is a Fellow of the American College of Trust and Estate Counsel. Mr. Kline is a graduate of Penn State University, and holds law degrees from the University of Pittsburgh (J.D.) where he was Executive Editor of the Law Review, Temple University (LL.M.) and Columbia University School of Law (LL.M.).