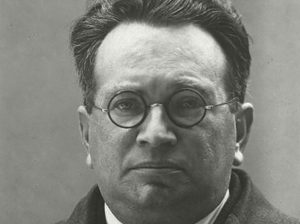 Historian Adi Gordon presents compulsory reading for our times: a consideration of nationalism and its theoretical founding father, Hans Kohn. Kohn, who was born in Prague in 1891, shaped his pioneering views regarding nationalism via his experiences in and observations of the World Wars, Zionism, and the Habsburg Empire. Kohn claimed, “In her best moments Old Austria had shown in a very imperfect form, as an embryonic promise, the possibility of such a federation without brutality or domination, without exclusiveness or exclusivism.” In the 1930s, Kohn immigrated to the United States, publishing his most famous work, The Idea of Nationalism in 1944.