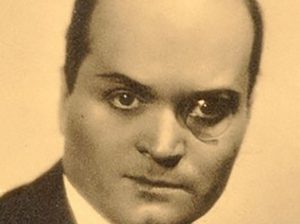 Historian Casey J. Hayes, a 2021 Fulbright-Botstiber Scholar in Austrian-American Studies, probes the unique migration of cabaret culture from Berlin to Vienna to the United States (the latter destination only for those fortunate to secure a visa) in this extraordinary blog-article. In the 1930s, as National Socialists ascended in Germany, cabaret performers found a welcoming stage in Vienna. There they could perform “Schlager,” such as the first LGBTQ anthem, “Das Lila Lied,” in the intimate theaters created by the Vienna Theater Act of 1930: “Theater für 49.” One such performer was Paul O’Montis, who lived an openly gay life and was ultimately condemned by the Nazis. Some others, such as Jimmy Berg, attempted to recreate Viennese cabaret culture in New York.

Excerpt: So…What comes to mind when you hear the word “Cabaret”? Perhaps…Liza Minelli? Yet, however historically accurate this depiction of the 1920s Weimar Berlin cabaret scene may be (I doubt they had Liza or Bob Fosse,) it was a more reserved cabaret culture that developed within the Austrian capital; more quick conversation, jokes, political statements, and sentimental chansons; less drag queens and spectacle. It would have, I believe, looked much more accessible to the conservative Viennese and less like the pages from a Christopher Isherwood novel. Still, there are many historical yet little-known events that played out at the intersection of the struggle for civil rights for western society’s gay communities, the National Socialist’s persecution of homosexuals, and the fate of some of Europe’s greatest performing artists self-exiled in Vienna. The wildly hedonistic world of German-speaking Cabaret would be the backdrop for a collision which resulted in the ultimate elimination of the art of the “Kleinkunstbühne” throughout Central Europe.