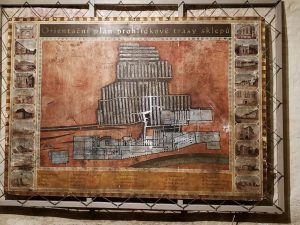 Former BIAAS grant recipient, Alison Orton, writes 3 blogs for BIAAS. Alison Orton is a PhD candidate in the Department of History at the University of Illinois at Chicago. In her dissertation, beer and the brewing industry are lenses through which to examine the fluidity of national and ethnic attachments among the popular classes in the Czech Lands during the last years of the Habsburg Empire, and in the course of migration to the United States.

The Jungle in Pilsen
At the turn of the century, the poor working conditions at breweries in the Habsburg Empire’s western Bohemian city of Pilsen (Plzeň) gained international attention, especially after Samuel Gompers, a prominent American labor activist, toured Pilsen’s breweries in 1909. To learn more, visit the BIAAS website.

The Separatist Evil
Despite the bad working conditions and the growing popularity of labor unions in the late 19th and early 20th centuries, major breweries in the Austro-Hungarian Empire, with Pilsen at the forefront, successfully resisted recognizing or negotiating with unions until after World War I. To learn more, visit the BIAAS website.

The National Dispute
“In Bohemia, the most important beer region in Austria, the national dispute between Czechs and Germans rages, poisoning everything,” read a 1913 article in the Brauerei-Arbeiter Zeitung, the periodical for the United States National Union of Brewery Workmen [NUBW]. To learn more, visit the BIAAS website.