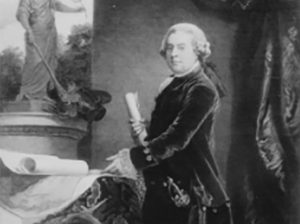 John Adams and the Habsburg Monarchy – By Jonathan Singerton
The Habsburg Monarchy had many men who understood the complexity of the early American situation. Foremost among them, Count Karl von Zinzendorf had studied the American colonial economy, had met with Benjamin Franklin in London before the war, and had read the histories of America as well as the revolutionary pamphlets of Thomas Paine and Samuel Adams. If the United States of America needed a parallel to Zinzendorf’s knowledge, they would have found it in John Adams.
To learn more, visit the BIAAS website.

Only a Myth? The Solely English-Speaking Habsburg Army Conscripts from the United States, 1868-1918 – By Tamara Scheer
On August 2, 1914, the Philadelphia Inquirer entitled a story “Austrian Consul Busy,” and reported the behavior of some of its city dwellers: “But the desire to get back to the defense of the lands of their birth is not confined to reservists. Naturalized American citizens have besieged the… consulates… Around the Austro-Hungarian consulate fully 500 men gathered this morning.”
To learn more, visit the BIAAS website.