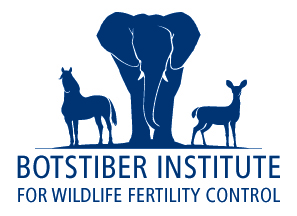 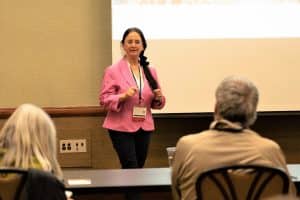 In the last six months Dr. Giovanna Massei attended conferences in Colorado Springs (USA), Edinburgh (UK), and Arusha (Tanzania), and presented or co-authored eight talks on fertility control for non-native grey squirrels in the UK, for feral cattle in Hong Kong, for baboons in South Africa, and for wild boar in Spain. The topics ranged from a general overview of wildlife fertility control to applications for specific contexts, through to developing new oral contraceptives and delivering them to wildlife. Based on comments and e-mails received after these events, the talks were truly appreciated, with several colleagues mentioning these were “an eye opener”. Most importantly, the information reached hundreds of delegates in at least 50-60 countries.

More “European bridges” to highlight applications of wildlife fertility control were built through blogs, interviews, and webinars. This included an October interview by the UK Squirrel Accord on the grey squirrel project which had 251 views; in December Dr. Massei wrote a blog on “Exploding animal populations – how can we co-exist?”; in February, she was interviewed by the Foundation for Advice and Action in the Defense of Animals (FAADA) on fertility control for wild boar and parakeets. In June, Dr. Massei advertised the upcoming “Wildlife Research Special Issue on Fertility Control for Wildlife” to the 580 delegates from 40 countries of the Universities Federation for Animal Welfare’s conference on Advancing Animal Welfare Science. Events in the pipeline include next September’s 13th International Symposium on Wild Boar and Other Suids in Spain and October’s Pathways Europe 2022: Human Dimensions of Wildlife. The latter accepted a BIWFC proposal to host an Organized Session entitled “Too many? Wildlife fertility control to share landscapes” with 5-6 speakers invited. This is particularly important because human dimensions now represent a key aspect of mitigating human-wildlife conflicts. Lastly, the director of the Singapore National Parks invited Dr. Massei to talk about wild boar management at a wild boar workshop, which will raise awareness about the BIWFC’s work beyond Europe and continue to build strong bridges and facilitate human-wildlife coexistence.