From 2005 to 2016, the Botstiber Foundation donated $3.25 million to several programs which supported humanitarian and development assistance in Southeast Asia. This reflected one of many concerns that founder Dietrich W. Botstiber spelled out in various trusts.

As a boy, Dietrich Botstiber personally witnessed the suffering of civilians in central Europe during and after World War I. The war and its aftermath that re-drew the boundaries of eastern Europe, displaced millions of people and wiped out many traditional ways of life. Young Dietrich had vivid memories of strangers, standing near his home, mute, helpless, begging for food. These images of cruelty and suffering stayed with him throughout his life and shaped his world view.

To implement this particular concern of his, the Foundation embarked on what would turn out to be a twelve-year long effort to reduce poverty and malnutrition especially in communities affected by disaster or armed conflict in Southeast Asia, where the Foundation had experience and access.

On December 26th, 2004, a 9.1 magnitude earthquake off the tip of the Indonesian island of Sumatra triggered a tsunami that caused devastation extending from Indonesia and Thailand across the Indian Ocean to India, Sri Lanka and beyond, killing more than 200,000 people and displacing nearly 2 million. The immediate global response was prompt and huge from governments, the UN, international aid agencies, and private individuals. With newly available resources, the Botstiber Foundation identified and contributed $100,000 to an Indonesian NGO which had been an early responder to the disaster. The funds provided recovery assistance in and around the town of Meulaboh, a city of 120,000 people, one third of which had been completely obliterated by tidal waves. In the recovery phase, Botstiber funds supported improving sanitation in nearby villages, providing agricultural tools and seeds to restore farming, and supporting home rebuilding projects.

Turning from emergency aid towards conditions of long lasting suffering, the Foundation focused on the people of Myanmar (Burma), where more than 50 years of civil war had already led to a million or more refugees fleeing the country, very largely to Thailand, and two million more being internally displaced. About 130,000 refugees were in government approved refugee camps in Thailand, cared for by international aid agencies.  The Foundation elected to support the Mae Tao Clinic, organized and directed by a Burmese refugee who had fled the Burmese government crackdown on the democracy movement in 1988. With quasi-official approval, it served not only Burmese who were in Thailand, but also Burmese from just inside Myanmar who crossed into Thailand to get care unavailable in Myanmar. The clinic was expanding rapidly to meet growing demand. Beginning in 2006, Botstiber provided $200,000 a year for three years in support of their work.

Work with refugees, no matter how effective, only addressed the symptoms of the basic problem of ongoing civil strife in Myanmar, so in 2006, despite the political and technical difficulties involved, the Foundation seriously explored possibilities for work inside Myanmar.

The primary program that emerged involved an eight year collaboration with CARE Myanmar supporting projects that improved food security and public health in poor villages in Lashio township (county) in northern Shan State. Officially there were three different projects, but all them served an overlapping set of two dozen villages in Lashio township, providing similar services that evolved over time. The cumulative result was significant and positive improvement in the lives of thousands of villagers. Staff of CARE Myanmar carefully guided the programs, providing training when needed, encouragement at all times, and providing both support for and oversight of program activities, with the ultimate goal of village management of their own development. The key program elements were providing water, both for health and for food production, improved sanitation and health education, a major investment in improved agricultural techniques, and a continuous emphasis on organizing villagers into community based groups to manage each aspect of these programs.

Water projects most commonly meant building a gravity feed system that brought water from year-round streams a mile or more away from the village, to central water storage tanks in each village, connected to pipes that distributed water through standpipes spread around the village within a few yards of most homes. Families then built water storage tanks for individual household use. Delivering clean water in this way to each household saved many hours that had been spent mostly by women and children walking to sometimes distant water sources with buckets to fetch water needed each day. It also meant that much more water was available for cooking and cleaning, bathing and doing laundry, and even enough water for small household garden plots to raise vegetables that added to the family nutrition. Specialized pumps and solar panels were used when water sources were lower than the village. For those villages where it was possible, there was direct investment in small scale irrigation projects to allow for a second harvest of local crops.

Sanitation involved building “fly proof” latrines for each household, and public health education for all the community, with extra training for a few who then kept track of health conditions in the village, which they reported to and got help from government health services. The village health worker then began to run some very modest “pharmacies” providing for some of residents’ most common health needs.

Agriculture involved everything from learning about improved seeds and new agricultural techniques, to developing home composting pits and cooperative buying of seeds and fertilizer as villagers made use of what they learned. It included “rice banks” which loaned villagers rice to eat during the lean months before the rice harvest, to be repaid with low interest, in rice or cash after the harvest. What was called “seed banks” allowed villagers to collectively buy seeds (and later fertilizer) in bulk, an activity that proved so profitable that it quickly came to require careful bookkeeping and accounting for which the program provided training.

Community organizing meant that CARE staff would bring villagers together to meet regularly and form committees which guided each activity of the new program, water, agriculture, and health, making it likely that they would continue well after CARE’s intervention officially ended.

The Foundation also provided support to the work of the one, large local NGO involved in rural development, called Metta. Metta staff worked in villages, especially those affected by the dislocations of the civil conflicts that so disrupted life in Myanmar. They helped villagers to learn to assess the problems in their communities, to organize themselves to take action, and to make and carry out plans to make life better for themselves. However, funds to implement local projects always had to come from other sources and could take a year or two to obtain.

The Foundation persuaded Metta to establish a fund, supported by Botstiber money, that individual villages could apply to when they made plans for improvements that needed outside financial help. In the course of a year, the fund was well used to support a variety of projects such as digging wells, building bridges and improving local roads. Metta’s ability to reach strife affected villages meant that foreigners often were not permitted to go there, and the program ended in part because of the lack of means for effective oversight by the Foundation’s US-based staff.

The Foundation also provided some emergency assistance through locally based NGOs in response to typhoon Nargis, which devastated Irriwaddy river delta communities in May 2008. 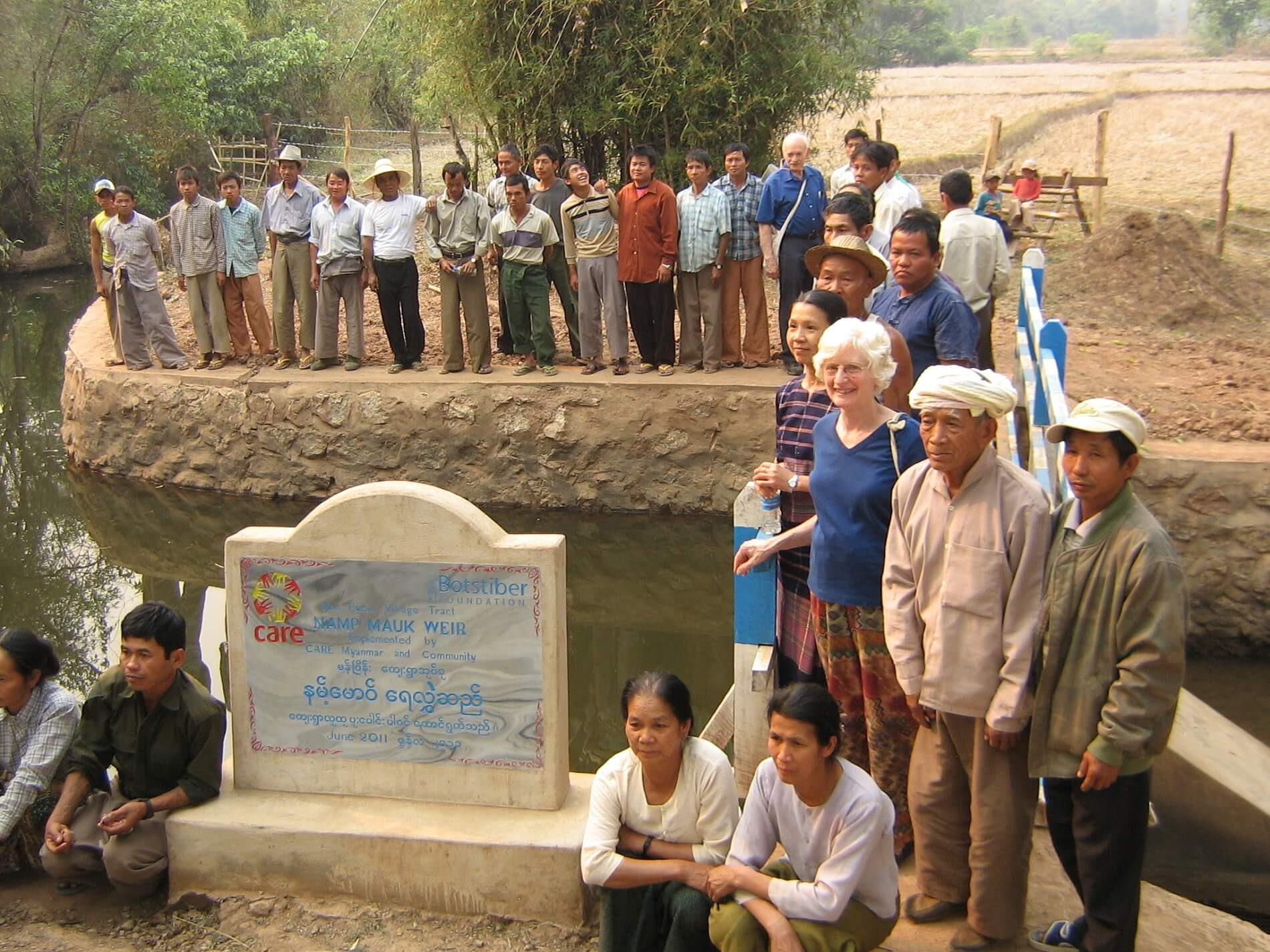 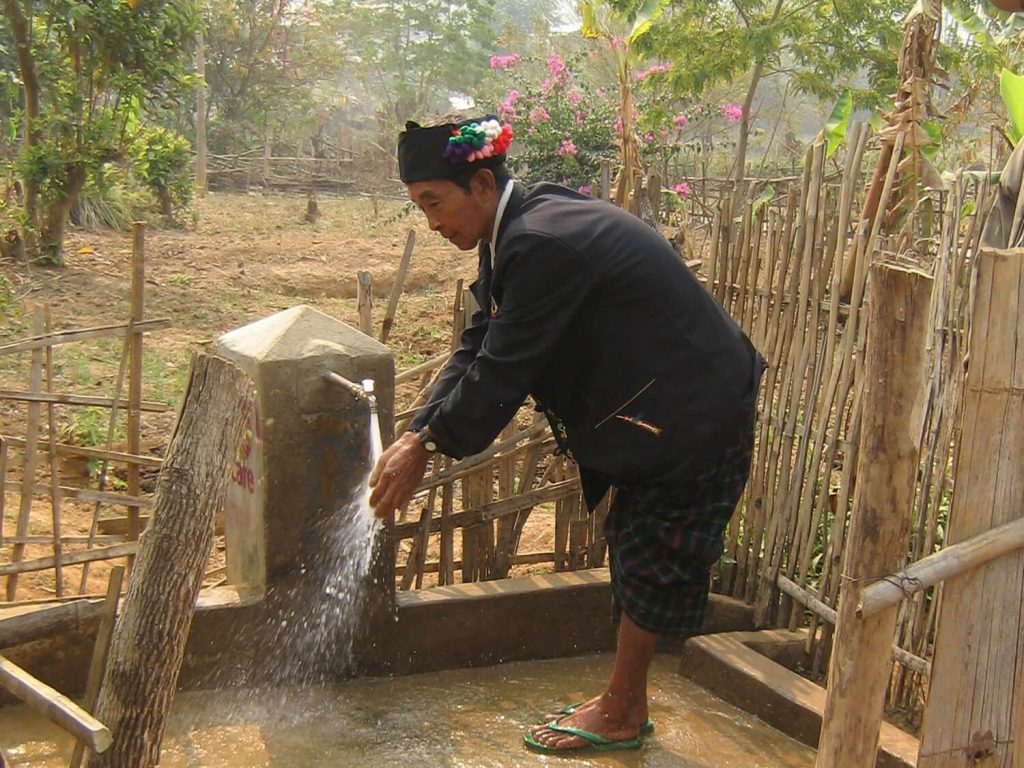 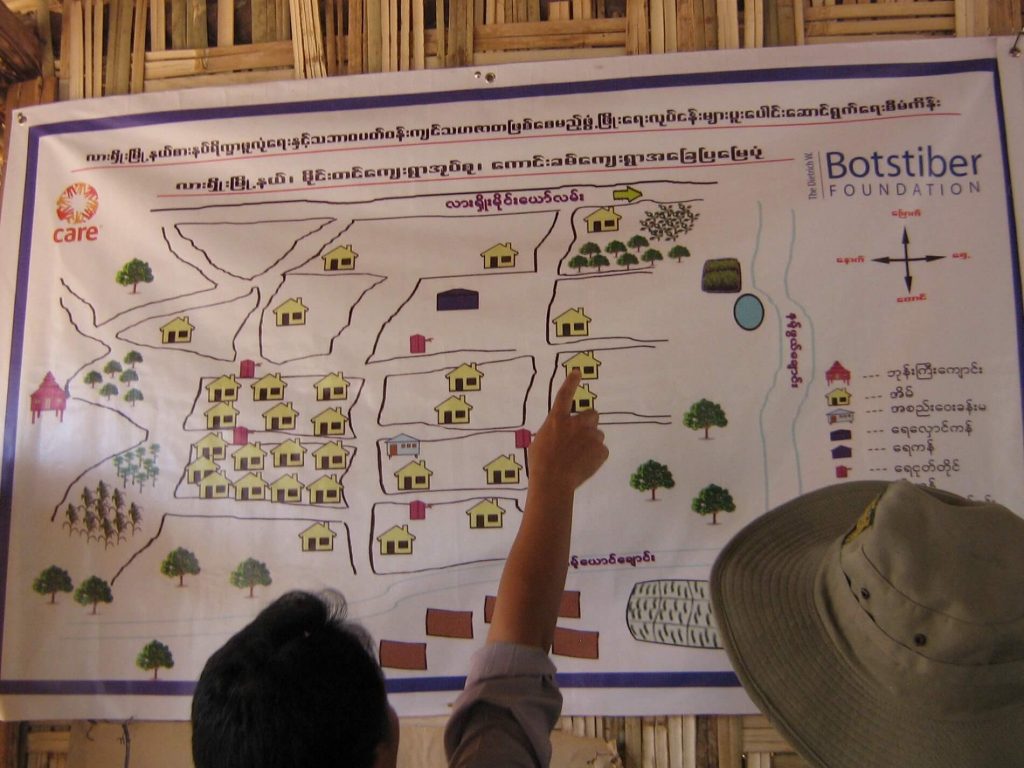 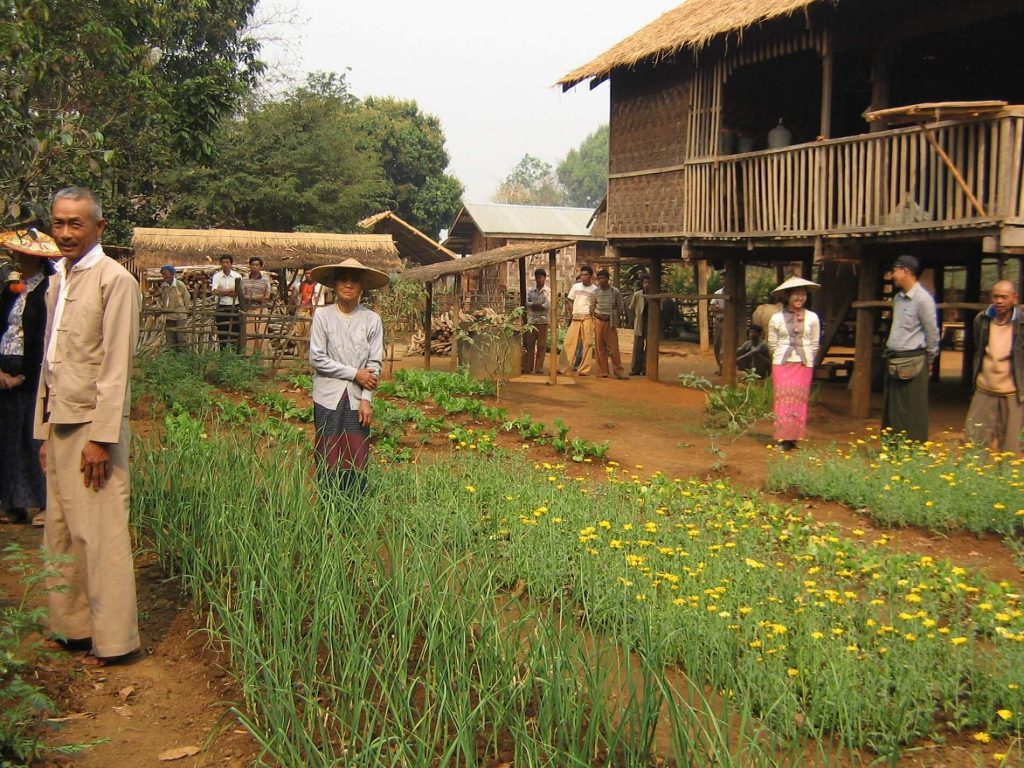 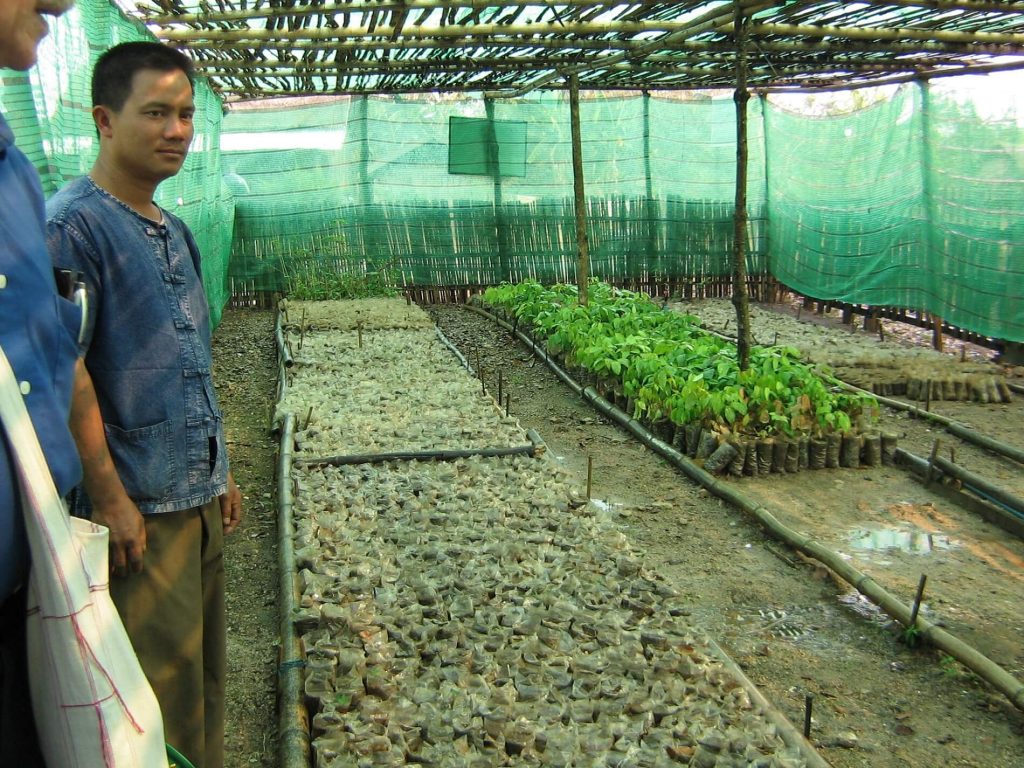 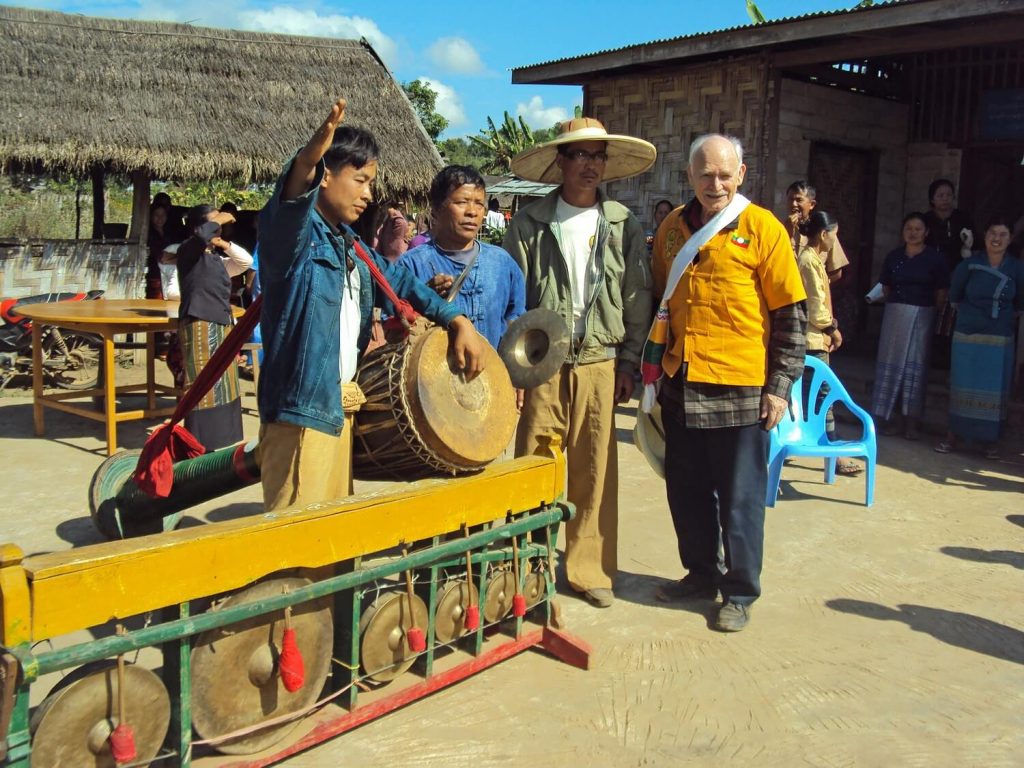 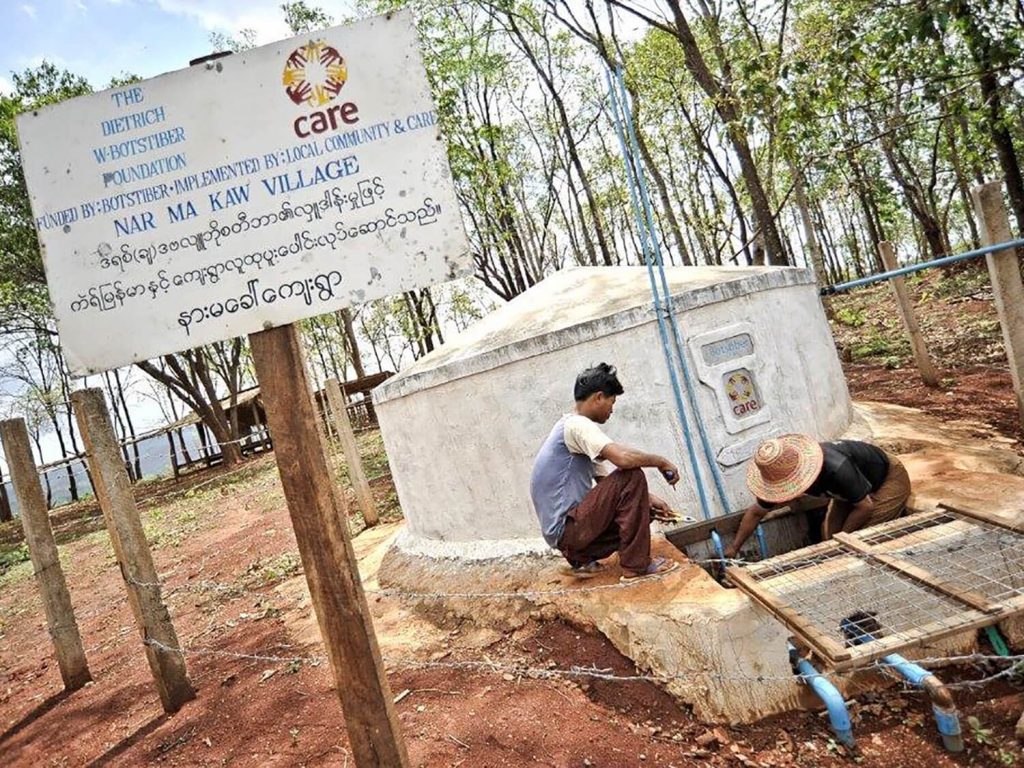 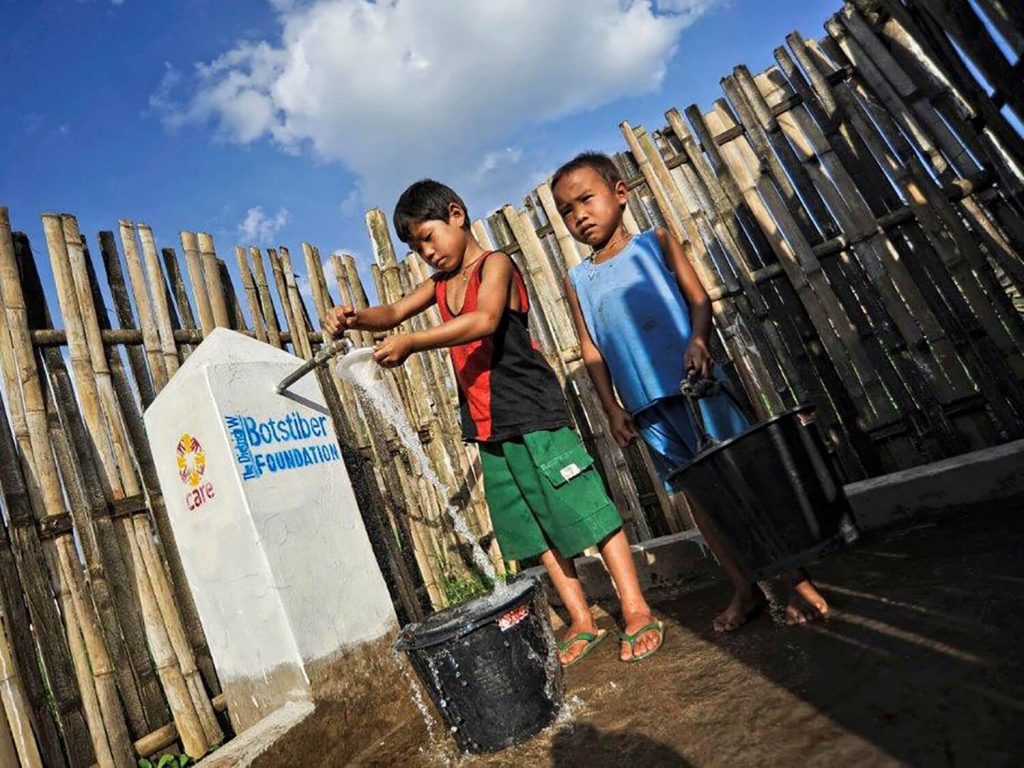 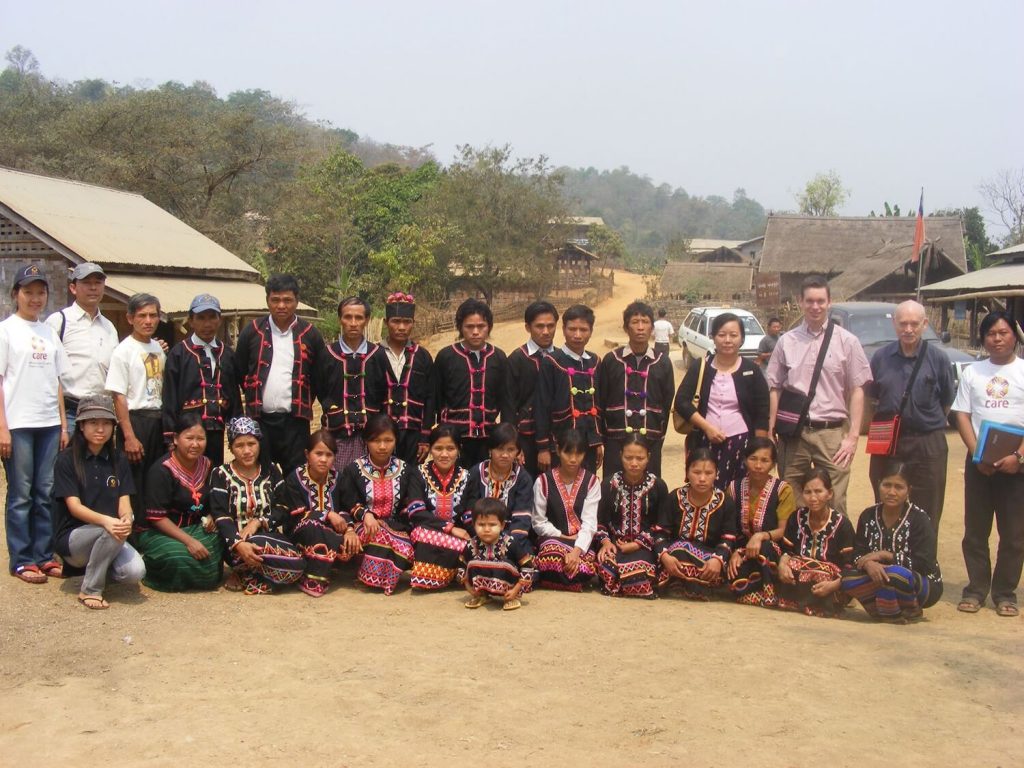